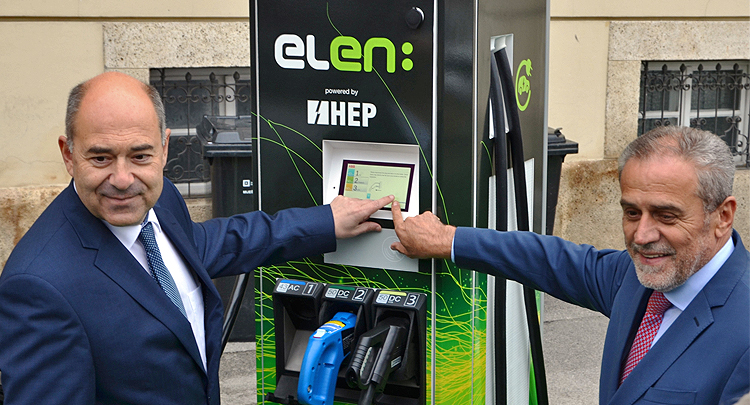 By further expansion of ELEN network HEP also contributes to the electrification of Croatian traffic and to the fight against climate changes as well as fulfils the EU energy policy objectives.

“By putting into operation the 100th electric vehicle charging station, Hrvatska elektroprivreda has confirmed itself as the key subject in the electrification of transport in Croatia, which has been conducted in line with the guidelines of the Croatian government and the EU policies. Currently we are realizing and planning the installation of more than one hundred charging stations all around Croatia, 26 of which in Zagreb”, said the President of HEP’s Management Board, Frane Barbarić and added that HEP was only halfway regarding planned construction for electric vehicle infrastructure, with the total value of HRK 60m.

The Mayor of Zagreb, Milan Bandić congratulated HEP on the hundredth charging station in Croatia and the tenth in Zagreb, adding that the future of transport, along with electricity, lies in other alternative fuels, such as hydrogen. He reminded that not so long ago a similar charging station was opened by the City of Zagreb near the Faculty of Mechanical Engineering and Naval Architecture.

At the beginning of 2015 HEP started the cycle of constructing ELEN charging stations in Croatian cities, in line with the items of Directive 2014/94/EU on the deployment of alternative fuels infrastructure, which provides the availability of charging stations at every 50 kilometres of the motorway in all agglomerations whose population exceeds 20,000, in all seaports, at airports, and in inland waterway ports, as well as at railway and bus stations.

The installation of 100 public ELEN charging stations all around Croatia has been financed by HEP’s own means and by EU funds, through EAST-E, NEXT-E and big EV data projects. Currently all service options for end customers are being tested, as well as the charging models, resulting in the commercialization of the service in the following months.