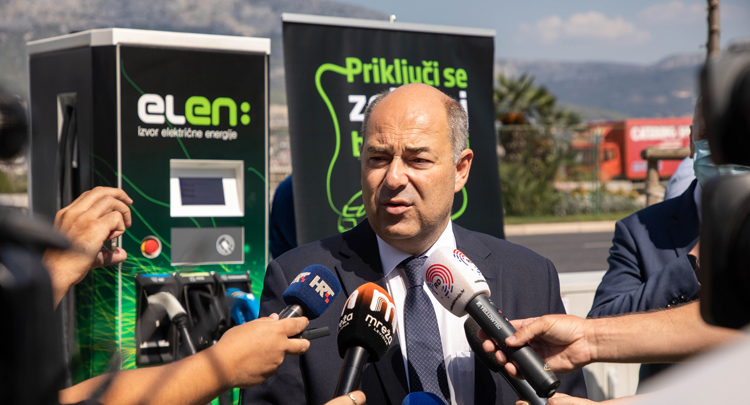 14.09.2020.
HEP's network of ELEN car chargers covers the area of ​​all 20 counties and the City of Zagreb, as well as all motorways and other important road routes across Croatia, city centres and tourist destinations, including several islands. At HEP's electric car charger stations, more than 400 electric cars can be charged at the same time, ie half of all of the registered electric cars in Croatia.

"Our charging station network enables all Croatian drivers, users of electric cars, to travel unhindered to any destination in Croatia. In the last year alone, we've set up more than a hundred electric car charger stations. And this is an indicator of how much we've accelerated the realisation of investments in HEP. Thanks to such an approach, we estimate that this year, we'll have a record realisation of investments, over 4 billion kuna,'' said Frane Barbarić, President of the Management Board of Hrvatska elektroprivreda d.d.

"The City of Split is a green city that wants to be part of a green society, and the installation of electric car charger stations in the city is part of that idea. Also, this isn't possible without cooperation with various stakeholders in the Republic of Croatia, and HEP is one of the most important of them all. These three newly opened chargers, as well as an additional 22 that will be put into operation by the end of the year, are a pledge for even better cooperation between HEP ​​and the City of Split in other areas, primarily on development projects that are part of Smart City direction in which we want to go,'' said Andro Krstulović Opara, Mayor of the City of Split.

On the area of Split-Dalmatia County, HEP has so far set up a total of 19 electric car charger stations, including two on the nearby islands of Hvar and three on Brač, with plans to set up another 27, including two on the island of Vis. In total, this investment cycle of installing electric car charger stations in Split-Dalmatia County is worth 12 million kuna.

"With the most hydroelectric power plants in its area, Split-Dalmatia County has always been at the forefront in the use of renewable energy sources in Croatia. A further step forward was made on Vis, where, thanks to the solar power plant, the island became self-sustaining in regard to energy. I'm glad that HEP is going in that direction on the island of Hvar as well. In addition, thanks to HEP, we have the opportunity to be among the leaders in terms of infrastructure for electric vehicles,'' said Blaženko Boban, Prefect of Split-Dalmatia County.

HEP financed the installation of the 200th ELEN car charger in Split, as well as the previous ones throughout Croatia, with its own as well as EU funds through the EAST-E, NEXT-E and bigEVdata projects. The use of HEP's ELEN stations is still free of charge, and the commercialisation of services will follow after all the possibilities of customer service have been tested and billing models have been developed. HEP strongly promotes the concept and concrete advantages of e-mobility, as it is an indispensable part of Croatia's energy transition towards a low-carbon society and one of the key parts of the European Green Plan. 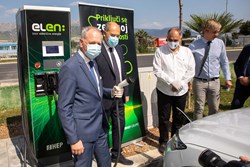 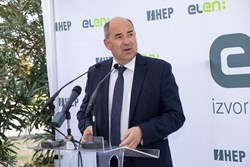 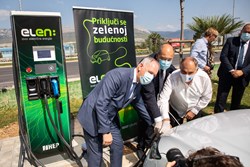