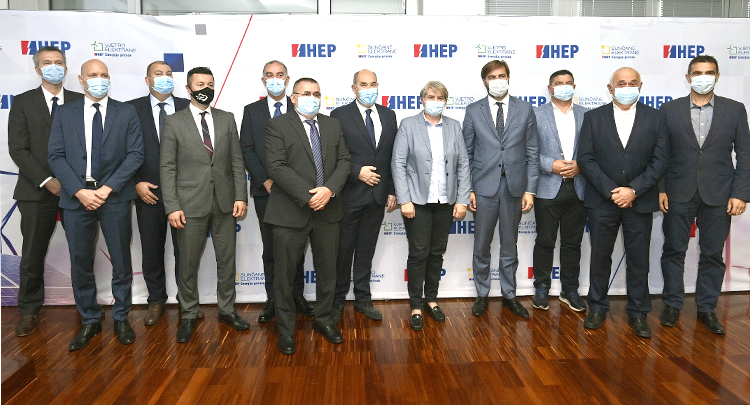 11.10.2021.
Following the public call for the expressions of interest for 2020, Hrvatska elektroprivreda concluded today agreements with the municipalities of Vrpolje, Lovinac, Orle, Zdenci, Satnica Đakovačka, Trpinja, and the town of Valpovo on cooperation in the development of solar power plant projects. The total capacity of seven solar power plants is 60 MW, and the estimated investment value amounts to HRK 380 million.

In the presence of the Minister of Economy and Sustainable Development Tomislav Ćorić, the agreements were signed by the heads of local self-government units and the President of the Management Board of Hrvatska elektroprivreda Frane Barbarić.

"The realization of these projects shows that the idea of ​​decarbonisation is being implemented, not only in our strongest energy company, but also at the level of local self-government, which is most qualified to see decarbonisation as an opportunity for its own economic growth. Now it is important to speed up the preparation of documentation, as well as the construction of power plants, in order to achieve set goals as soon as possible", said Minister of Economy and Sustainable Development Tomislav Ćoric. The Minister also pointed out that in order to increase production from renewable energy sources, the National Recovery and Resilience Plan envisages significant funds to be invested in the upgrade, modernization and digitalization of the electric power system.

The seven new agreements are a continuation of cooperation with municipalities and towns, with which HEP concluded agreements on the development of 11 solar power plant projects in 2019 and 2020. HEP is developing solar power plant projects with a total connection capacity of 168 MW and an investment value of HRK 1.08 billion at 18 selected locations in six towns and 12 municipalities. The expected annual production of 18 future solar power plants amounts to 242 million kilowatt hours, which can meet the consumption of about 65,000 households.

"This type of cooperation has covered more than half of Croatia as a total of 18 projects will be carried out in as many as 12 counties. The goal of 350 megawatts of solar power plants until 2030 has been set under development strategy. Almost half of this amount, as much as 168 megawatts, will be built under agreements with municipalities and towns. In this way, we have the opportunity to work together to strengthen the economic and overall development of local communities, and thus the whole of Croatia", said Frane Barbarić, President of the Management Board of Hrvatska elektroprivreda d.d.

As stipulated in the signed agreements, the municipalities of Lovinac and Orle are preparing project documentation for solar power plants of planned connection capacity of 9.99 MW until the location permit is obtained. Other local self-government units, the municipalities of Satnica Đakovačka (for the 15 MW power plant), Vrpolje (4 MW), Zdenci (9.99 MW), Trpinja (5 MW) and the town of Valpovo (6 MW), are preparing project documentation until the construction permit has been issued. After said permits have beein issued, HEP will reimburse the local self-government units for the costs of project documentation preparation.

The solar power plant construction cycle is an important part of the renewable scenario of Hrvatska elektroprivreda, which plans to increase the share of renewable sources in its own electricity production by 50 percent unitl 2030. In the period from 2019 until today, HEP has put into operation or is nearing the construction completion of seven solar power plants, with a total capacity of 23 megawatts and a value of around HRK 200 million. 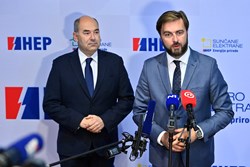 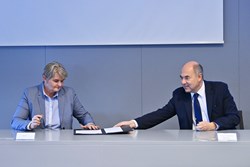 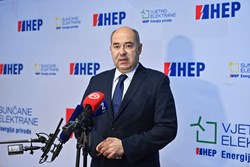