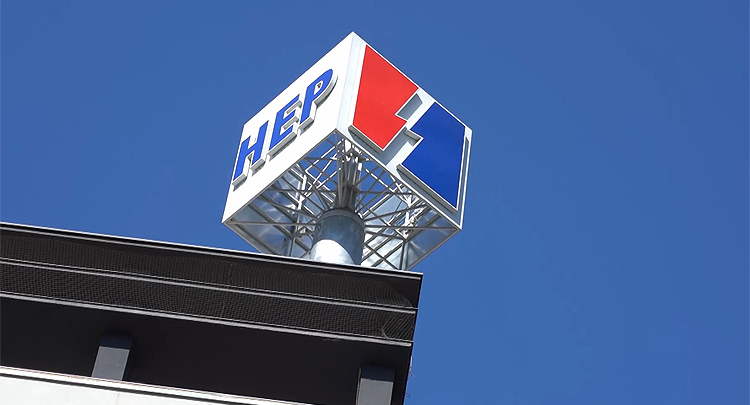 Another successful business year for HEP

01.09.2021.
Pursuant to the decision of the Shareholders’ Assembly on the distribution of profit realized in 2020, Hrvatska elektroprivreda d.d. (HEP d.d.) made a payment of HRK 840,621,514.80 in favour of the State Budget today. The payment decision was made in line with the Decision of the Croatian Government on the amount, method and rates of making the payment by state-owned companies into the State Budget of the Republic of Croatia.

“In challenging economic environment both on the national and global scale, we are satisfied with our financial result, which has enabled us to make this payment in favour of the State Budget. This obligation was calculated when adopting the investment plan for 2021, so the payment of a part of profit has not affected  the financial position and realization of investments of Hrvatska elektroprivreda. We are aware of our role of one of the biggest investors in Croatia and the driver of economy, so we will continue to realize the investment plan and investments, with a large share of national ones. Thus, we will continue to provide support to the Croatian Government in the creation of conditions for continued recovery of the Croatian economy”, said Frane Barbarić, the President of the Management Board of Hrvatska elektroprivreda.

Of the investments to be realized in 2021, Hydro power project Kosinj stands out. The Croatian Government declared it a strategic investment project and together with Hydro power plant Senj 2 it represents HEP’s biggest project in independent Croatia. The investment value of the project is HRK 3.4 billion and it will add 412 MW of new power to the system. Other investments include: the new combined-cycle cogeneration block in EL-TO Zagreb, worth HRK 900 million, the continuation of reconstruction and revitalization of 12 hydro power plants with the total value of HRK 3.9 billion, the continuation of the revitalization of hot water pipeline system in Zagreb (2021 – 2023) worth HRK 700 million, the completion of the first cycle of constructing seven solar power plants worth around HRK 200 million. To finance the above mentioned and other investment projects, apart from own funds, HEP has been successfully using other sources of financing. Co-financing from EU funds stands out among them and it will continue in the future as well.

Additional confirmation of the quality management of HEP Group’s overall business as well as of a high level of achieved financial indicators in 2020, which enabled the payment of HRK 840.6 million in the State Budget, arrived yesterday. Namely, Hrvatska elektroprivreda d.d. received FINA’s award Golden balance in the category of electricity, gas and steam supply.