In April 2006, HEP ESCO and the City of Rovinj signed Implementation Contract for an energy efficiency project for public lighting, worth 1.8 million kuna. The Project, completed in December 2007, brings the city of Rovinj savings in public lighting costs of more than 120 thousand kuna a year.

With this Project HEP ESCO provided the city of Rovinj with modernized public lighting at existing costs. That is to say that the entire Project management and financing for energy efficiency was secured by HEP ESCO while the City of Rovinj  will repay the investment from savings over eight years. The financing for the portion is not related to energy efficiency and/or is not included in the eight-year repayment period was secured by the city of Rovinj.
The modernization included replacement of old light bulbs with modern, lower-power light bulbs of improved geometry, and replacement of obsolete mercury light bulbs with more efficient sodium light bulbs. A third component of the Project was the installment of light flow controls to reduce consumption in late night hours.

The jointly selected lighting fixtures are of shady type, whereby light pollution is also reduced. This choice, for example the replacement of the light bulbs that are spherical in shape with those that have minimal light dissipation above the horizontal level, is more efficient in protecting the environment and human health.

The Project saves the city of Rovinj 120 thousand kuna a year. 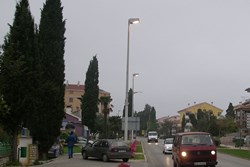 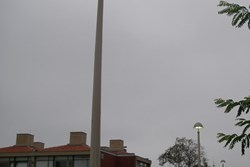 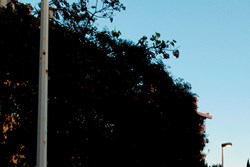