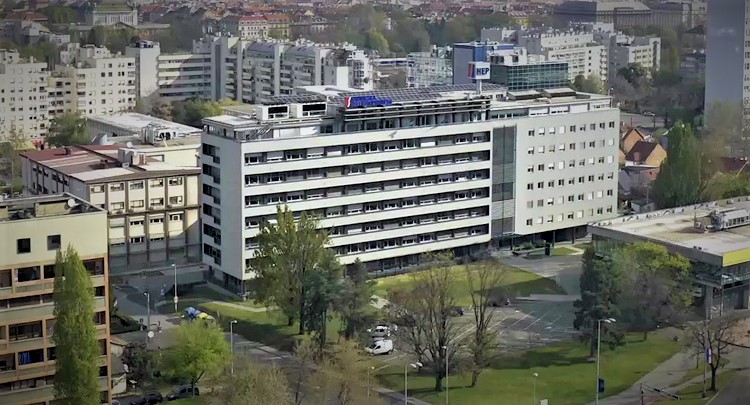 28.07.2020.
Public company Hrvatska elektroprivreda owned by the Republic of Croatia was established on this day 30 years ago, on 28 July 1990 when the Electric Power Law entered into force.

Passing the Electric Power Law two days earlier, on 26 July 1990 was one of the first decisions of the multi-party Parliament of the Republic of Croatia. Hrvatska elektroprivreda was established “for generating, transmitting and distributing electricity and managing electric power system, for permanent and safe supply of customers with quality electricity, for economic development of Croatia, for achieving technical and technological complex of electricity activity, for the stability of electric power system as a whole or in certain parts.”

The Electric Power Law stipulated that “generation, transmission and management of electric power system as well as electricity distribution were electricity activities of special social interest for the Republic”, and the “facilities (plants and lines) for generation, management, transmission and distribution of electricity on the territory of the Republic make up the unique electric power system of Croatia.”

Immediately after its establishment, Hrvatska elektroprivreda took over full responsibility for the functioning of electric power system in Croatia and it engaged in full membership of international professional associations. The power of uniquely established electric power company soon revealed itself during the Croatian War of Independence, when bravery and ingenuity of HEP’s employees enabled the supply of electricity to the population all around Croatia, and especially in regions affected by war.

Today, 30 years after its establishment, relying on rich experience and knowledge of our experts, we continue to build Hrvatska elektroprivreda as the basic Croatian electric power company of strategic importance for national economy and the whole Republic of Croatia. Hrvatska elektroprivreda is one of the biggest investors in renewable energy sources in Croatia today. The realization of the biggest HEP’s project in independent Croatia started this year; it is the upgrade of hydropower system Senj,  worth HRK 3.4 b. The first HEP’s windfarm is going to become operational by the end of the year, windfarm Korlat near the town of Benkovac, with the investment value of more than half a billion kuna. As many as seven solar power plants will be put into operation by the end of the year as well. The cooperation on the construction of solar power plants, with the total power of 120 megawatts has been agreed with 11 municipalities and towns. Solar power plants are planned in ten different locations all over Croatia. Equipment by Croatian manufacturers has been installed in power plants constructed by HEP, from photovoltaic modules and converters, over cables and transformers to solutions for installing battery tanks. This way HEP fosters the development of knowledge and skills of national industry and together with its partners builds green, technologically advanced economy of the 21st century, and owing to investments, which have never been so high, it boosts national economy, and Croatia.